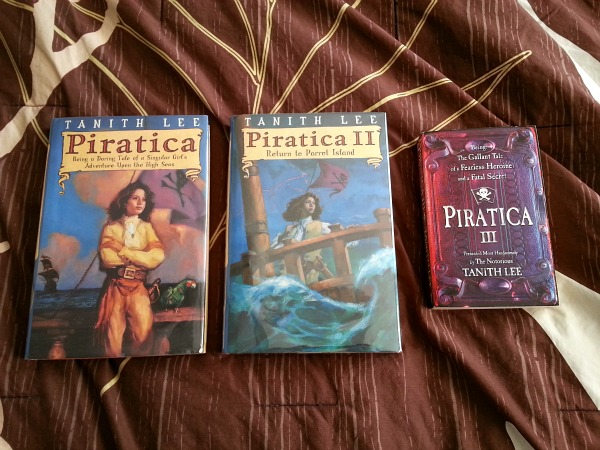 Something that’s become a bookish pet peeve for me over the past few years is when my books in a series don’t match. I know years ago this wasn’t something I really thought about, but as I get older and my hoard increases, I care about my books being the same size, type and cover design.

Sadly, I can’t always fix this. For one, (most times) I’d rather buy a new book than a new version of a book I already own. Secondly, publishers sometimes make it impossible to own matching editions!

For example, in the Tanith Lee series pictured above, the last book in the series was never published in hardcover! Not only am I missing out on the beautiful cover art of the first two books , but the last book isn’t even the same size as the others -_- From what I can tell, it won’t be easy to find the first two books in paperback editions that match the third, so I’m pretty much SOL with this set.

Then there’s the series that are published over the span of a few years, and as they gain popularity (and/or movie/TV deals), the publishers switch up the cover art, sometimes more than once! 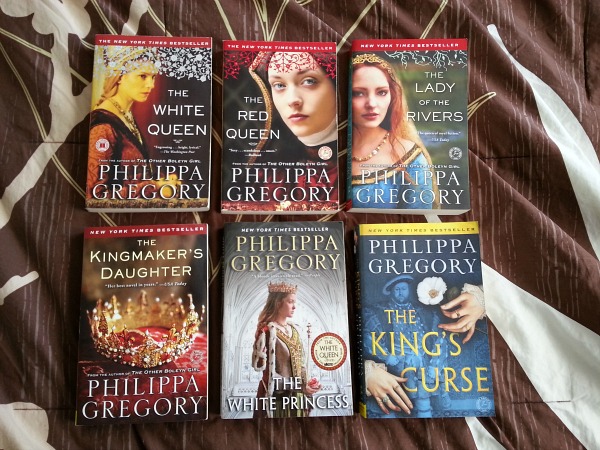 I held out for the paperbacks for this whole series (borrowed King’s Curse from the library because I didn’t want to wait a year after it was published to conclude the series).  I liked where they started, featuring the women’s faces. The crown cover is alright, I guess. The White Princess cover isn’t quite as captivating as the close-ups, and then with King’s Curse, I’m really not sure where they were going. Currently, it looks like the available covers have been converted to the TV promo art, so I’m happy with what I have compared to that.

Another set of books that have been taken over with TV promo covers. I personally prefer my Game of Thrones cover art over all the others – epic fantasy paintings on covers are what I really go for. The more modern, simplistic symbols are ok, but I’m not a fan of the digital art covers. I imagine by the time the next book is published (if it ever is), they’ll have yet another new design. I’ll buy a lovely hardback edition of all the books when (…or…if -_- ) the series is complete.

I can’t quite tell if I have two different types of covers or three, or perhaps four. It took me ages to buy the last two books in this series, so the difference in cover art might be due more to my lag in keeping up with the series than the publishers updating the design – I’ll never know. But I’m not sure if books five and six are part of the same design as one through four. Book seven appears to be in its own realm, at least as far as the title art. But it sort of matches with the cartoon cover style of book eight. Overall they’re not hideously different, not quite matchy enough for my tastes.

What about you? Do you find the need to have matching editions? Do you care if the cover art matches, or maybe just that the series is all paperback or hardback? Or am I just crazy?