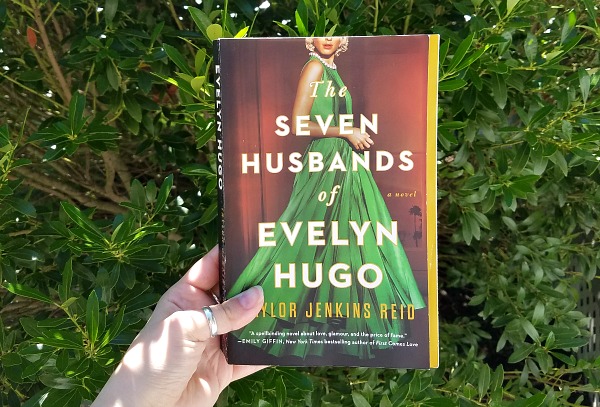 Film star and Hollywood highlight, Evelyn Hugo has survived seven husbands. In her old age, long since retired from acting, she decides she’s ready for her memoir to be written and she picks reporter Monique Grant for the job. Monique is puzzled, but ready to launch her career with the story of a lifetime. Evelyn’s story is more complex than Monique ever imagined and tied up with it is the celebrity’s reason for picking Monique to tell her story.

While I do enjoy the occasional Hollywood-based historical fictionesque books (see The Swans of Fifth Avenue) or ones that delve into the lives of the social elite (see also The Devil Wears Prada, Gossip Girl and maybe even The Nanny Diaries) The Seven Husbands of Evelyn Hugo wasn’t initially on my radar. Then people started talking. Then people with very similar reading tastes to my own started talking. I finally decided to give it a shot…